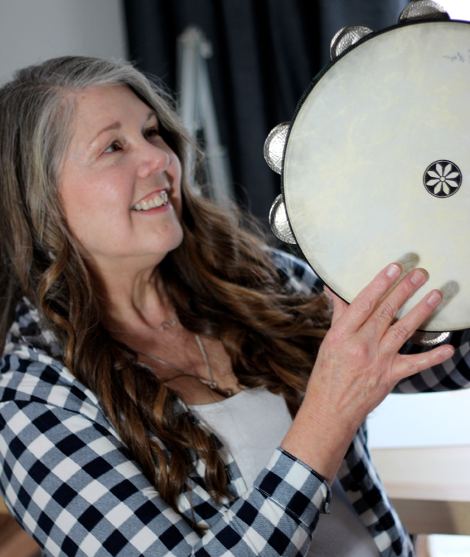 My life as an artist, musician and spiritual seeker has always taken me to the same place, a magical life fueled by the whisperings of the earth’s seasons,  communing with the moon and stars, deep listening and alignment of my souls, allies and Gods. I began my ‘formal’ practice of the Craft almost three decades ago; integrating Celtic spirituality, Native American teachings, Huna, Buddhist spiritual concepts and Vipassana meditation, and over the last ten years, Santeria and Spiritism. Before that, I explored magical spiritual practices as a young teenager and firmly believe I performed my first spell at the age of five years old! This consisted of whispering my sincerest desires at the time to the earth into a  hole I dug in our garden and ended with the strong belief every child holds that they would come to pass.

I am an initiate of the Anderson Feri tradition, a uniquely American grown witchcraft tradition. Artistic expression in spiritual devotion and discipline is an integral part of my magic and practice. I believe that magic is alive and permeates all things, the active element of  God/Hirself, paradoxically both the Void and All. Self-possessory work and a strong daily practice of sitting,  Kala and Soul Alignment work in the Ha prayer are the core rites that nurture and sustain me.

Teaching and intensive work and study took me away from actively singing, playing my guitar and drums as much as I wanted to. Wanting to change all that, I joined an amazing group of singers called the London Lucumi Choir. Following another spiritual thread Victor Anderson integrated into Feri, I’ve embraced the Lucumi Religion.

Somewhere in the midst of receiving my second degree initiation in an American Alexandrian 1734 tradition and an initiation in the Elven tradition, I found my first teacher in a Faery tradition, Susannah Faith, and Reclaiming core classes. All those years ago she said, ‘Come study with me, you know you are Faery!’ With Susannah, we began Sacred Space, a weekly pagan group exploring creative expression in ritual and spellcraft, and Women’s House, a group open to women born women and those who chose to be women, of all ages and traditions. We met every moon to reclaim our rites of passages, perform new ones and celebrate them all. While still in California, I conducted and led a musical group called Oíche Amhranai, performing and facilitating at public and closed rituals for 4 years.

Over the years I have studied with several wonderful Feri/Faery and Reclaiming teachers, including my initiator, Deborah Oak. I have taught Craft skills intended to transform and better our lives through devotion and spiritual discipline since 1996. In collaboration with Georgia Midnight Crow we developed a long term training curricula with Feri/Faery core practices and concepts at it’s heart; acknowledging Anderson Feri as the root from which the Reclaiming tradition sprung and the desire to connect with the very best of both traditions. I have taught internationally in workshops, long term trainings and Reclaiming Witchcamps since 2003. Watching others find their magical authentic selves and empowering their lives with spirit fills me with joy. On any day you can find me painting in my loft studio on the edge of the beautiful Chiltern Hills in the UK.

the creative home of jim kay and louise clark

Rina Rosselson: researcher in the representation of old women in feature films

The Department of Illustration

from the North Wales School of Art & Design

oshunschild's Blog: Simply my thoughts and feelings about being an Iyalocha in London

Design of the Picture Book

The Gods Are Bored

A Journey within Feri